Canada and Australia are two countries that are very cooperative with one another. The good relationship between Canada and Australia goes all the way to the top. Both countries are under the monarchy, which means there are no hassles for travelers going back and forth between the two countries. Both countries being under the monarchy means that they both still have some allegiance to the Queen. How so varies between the two different systems of government. They have similar forms of government and comparable world standing. Both are considered peaceful countries of relatively the same rank. What’s more, Australians and Canadians have always taken an interest in one another’s cultures. Perhaps this is a result of one being a hot, desert landscape and one being a snowy, mountainous landscape. Regardless, Australians and Canadians seem to get a kick out of one another and get along swimmingly.

The truest reflection of the good relationship between Australia and Canada is the ease of travel and exchange between the two countries. The citizens of either country who are in their early to mid twenties love to travel between the two countries. Australians find the mountains and snowboarding culture of Canada irresistible, while Canadians love to hit the sunny beaches of Australia to surf and tan. If you are from either of these countries and you are in this age range, chances are you know someone from the other country that made your acquaintance through travel. The economic and business relationship between the two countries is also very pliable, relaxed and cooperative.

Canada and Australia are similar culturally speaking. Both are obviously English speaking, but are also thoroughly Westernized. The two countries have similar values and share many religious aspects. They are very welcoming to each other’s tourists and travelers. Canada and Australia model a very functional relationship between two countries. If more countries were to follow their example, the world would be a more harmonious place. 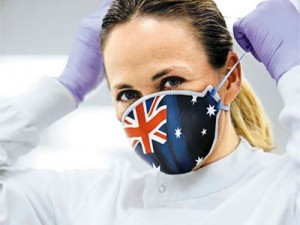 Healthcare in Australia is among some of the best in the world. Australian people are considered to be some of the most content people anywhere on the globe with their medical system. When the United States integrated their private healthcare system with Obamacare, Australia was one of the countries they looked to for an example of how to offer both types of health insurance to the public. Thanks to good legislation, a balanced budget and wise economists, Australia is a model country for making healthcare accessible to citizens and residents.

The federal government administers a public healthcare system called Medicare, which has been in effect since 1984. In summary, those enrolled in Medicare have approximately three quarters of their medical expenses covered, between prescriptions, specialists, general physicians and hospital stays. National health policy is determined by the Public Minister for Health, while local governments are responsible for the operations of their regional medical facilities. There is a Pharmaceutical Benefits Scheme that operates separately from Medicare and handles the costs of prescriptions to the public. Australia currently ranks in first place of all countries in the world for the healthy living of its residents.

With such an outstanding medical system of their own, Australians have little need to travel in order to receive medical care. Their own healthcare system is so advanced that most medical services they require are accessible to them within their own country. However, there are some medical services that Australians are without. In these cases, it is wise for Australian citizens and residents to travel abroad in order to receive the medical care they need. Traveling to Canada for the purpose of medical care can be an enormous benefit to Australians. Canada and Australia are both under the monarchy, which allows their citizens to travel between the two countries effortlessly. Canadian doctors specialize in forms of medicine that are less developed in Australia. The exchange of information that takes place when Canadians and Australians travel interchangeably for the purpose of medical tourism is profound.