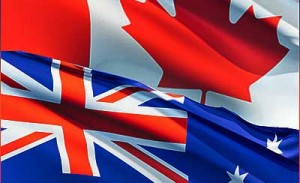 The socialized healthcare system of Canada is among the best in the world. Medical coverage is governed at the federal level with every province setting a unique and minimal basic premium for its residents. All general practice and surgical expenses are covered, and a number of other medical services are included in the premiums. Mental healthcare and addiction treatment in Canada are a few other highly regarded benefits of the Canadian healthcare system. Canadian insurance for Private policies are also available for purchase to cover dental and vision expenditures, as well as a range of other specialized medical services.

Specialized traveler insurance policies can be purchased for those who are interested in traveling from Australia to Canada for medical reasons. They can be for any level of coverage according to the premium paid. It is also possible for Australian citizens to obtain a Canadian work or travel visa to Canada, which can include the right to use the healthcare system of the province the person is traveling through.